Adriano Valerio: “I believe I am an extremely curious person. I travel a lot, I read a lot, I like to meet people. My stories often arise from a place or an encounter.”

Graduated in law from the University of Milan, Adriano Valerio lives and works in Paris. He teaches Film Direction and Analysis at the International Film School of Paris and has taught directing in Lebanon (Académie Libanaise des Beaux Arts in Beirut), Morocco (Istituto Marangoni) and Burundi. His short film “37 ° 4S” won the David di Donatello (2014) and the Nastro d’Argento Special Award (2014), and received a Special Mention at the Cannes Film Festival (2013). The short film “Mon Amour Mon Ami” was presented at the Venice Film Festival (Orizzonti, 2017) and at the Toronto International Film Festival (2017) and won the Amnesty Award (Paris, 2018) and the Bridging the Borders award ( Palm Springs, 2018). His first feature film “Banat – the journey”, was presented at the Critics’ Week, at the Venice Film Festival (2015), nominated for the David di Donatello and Globi d’oro for Best First Film and for the Nastri d’Argento for the Best Original Subject and has been selected in more than 70 International Festivals, receiving various awards including the Corso Salani Award. He directed two episodes of the TV series “Don’t Kill 2“, produced by Freemantle and RAI Fiction.

Tell us about your creative process. Where do you start from? How do you create?

It’s different every time. I believe I am an extremely curious person. I travel a lot, I read a lot, I like to meet people. My stories often arise from a place or an encounter.

How important do you think it is to tell stories from different cultures to an audience that is very often uninformed or misinformed?

I think it is very important.
And I think that, given the lack of plurality of visions in the Italian distribution system, film festivals have played a fundamental political role over the years.
Fortunately, there is a considerable capillarity and quality of festivals, even small ones, in our country.

How did you recover the vintage footage of the match?

Finding them was easy on YouTube. Buying them was instead very complicated, but my producers took care of it.

Did you have any difficulties making this film?

Honestly, not many, if not the heat of Tunis in July.
I had quite clear ideas and I was very well accompanied.
First of all by Corrado Serri, a talented director of photography who was able to adapt very well to the context.

What are you working on right now?

I am writing two long lengths, one in Italy and one in France.
And editing a long documentary, which I finished shooting in Casablanca in December, and a short film shot in November in Calcutta.

What are your long-term goals?

Professionally, being able to continue to tell stories that touch me deeply. 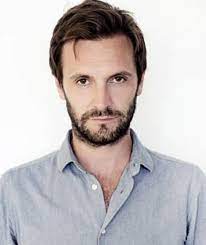